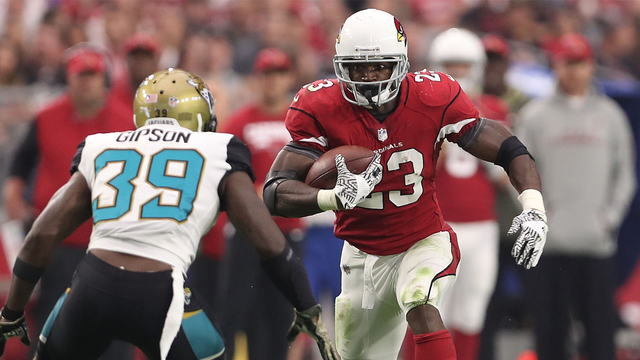 After a long search for a replacement running back, the Redskins have settled for seven-time Pro Bowler and former MVP Adrian Peterson.

After losing Derrius Guice for the season to an ACL tear, the Washington Redskins running back room has quickly devolved into chaos. Chris Thompson, Byron Marshall and Samaje Perine are both dealing with week-to-week injuries, and Rob Kelley and Kapri Bibbs make for an interesting, but ultimately underwhelming tandem.

According to ESPN Stats & Information research, among players with at least 150 rushes over the past two seasons, Peterson has averaged only 3.1 yards per carry — the third-fewest yards per rush attempt in that time.

The former Minnesota Vikings star split last season between Arizona and New Orleans, playing six games for the Cardinals and four for the Saints and finishing with 529 yards rushing and two touchdowns. Peterson is not guaranteed the starting job with Washington and will likely share responsibilities with Rob Kelley and third-down back Chris Thompson.

NFL contracts are not guaranteed until Sept. 1, so there is no risk in signing Peterson to a contract. The team can see what he has got left in the tank during these final two preseason games and then make a decision anytime between now and Sept. 1 without financial commitment.

“We’ve had very [unlucky] situations with our running backs,” Gruden said. “If something else happens, we are going be really, really, really thin. We want to make sure we’re covering all our bases right now.”

Washington opens the season at Arizona on Sept. 9.