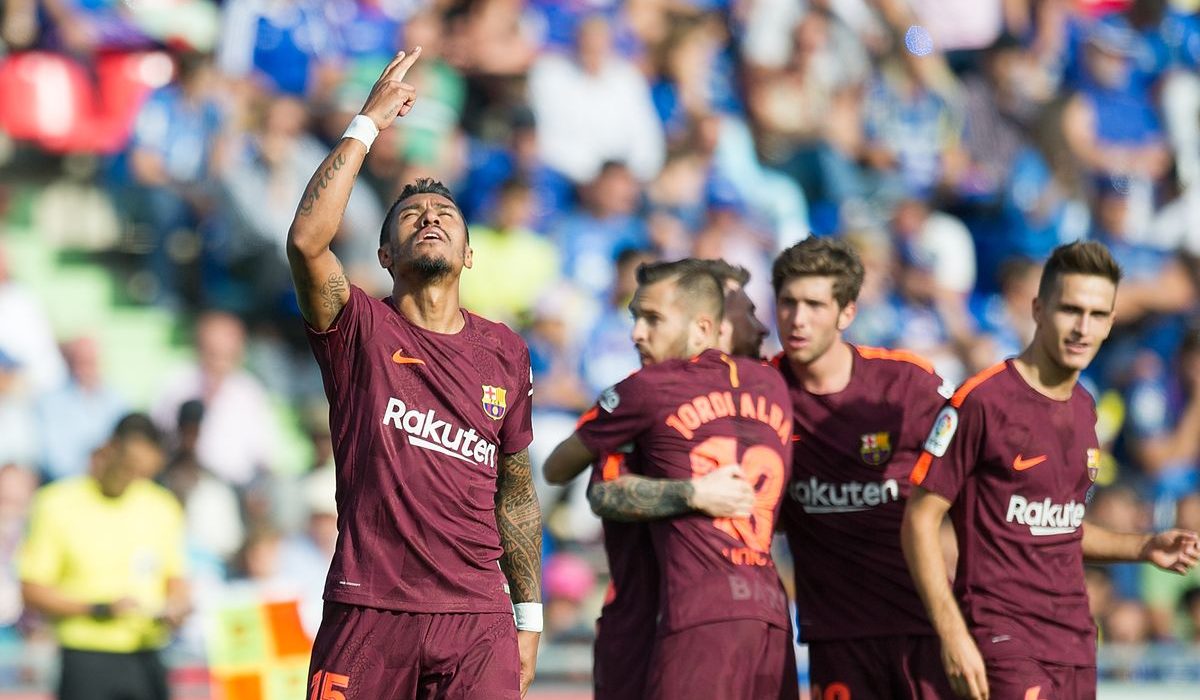 Barcelona a the top of La Liga

Barcelona was able to get a late 2-1 win at Getafe with Paulinho’s strike sending them seven points ahead of arch-rivals Real Madrid at the top of La Liga on Saturday. The Brazilian midfielder’s signing was widely criticized by supporters but he ran on to Lionel Messi’s pass, drove into the area and fired home with six minutes remaining to keep Barcelona undefeated at the moment.

At the Coliseum Alfonso Perez, Gaku Shibasaki scored a brilliant volley to put Getafe ahead in the 39th minute but the equalizer came from Denis Suarez in the 62nd minute. Paulinho came on in the 77th minute and seven minutes later he scored to put Barcelona ahead and extend their lead at the top of the table.

On the other side, Barcelona have confirmed that club-record signing Ousmane Dembele will be sidelined for up to four months after rupturing a tendon in Saturday’s win at Getafe. Dembele made his debut for Barca as a substitute in last weekend’s Catalan derby win over Espanyol, setting up the fifth goal for Luis Suarez. Ernesto Valverde then handed him his first start in the Champions League victory over Juventus in midweek. However, after rupturing a tendon in his full, he is unlikely to play for the club again until the New Year.