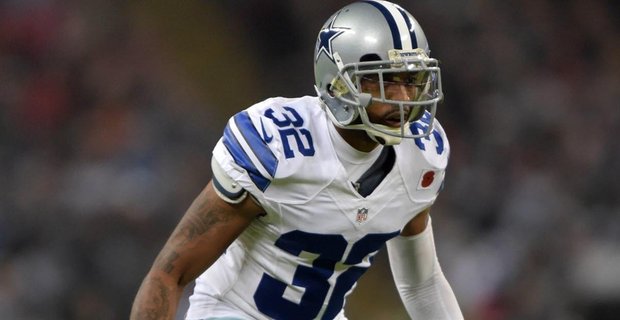 When Orlando Scandrick was released by the Washington Redskins, it was promptly reported that the Kansas Chiefs would be his first free agent visit. The veteran cornerback was in Kansas City by Tuesday night, and it would appear that visit went well.

Former Cowboys corner Orlando Scandrick signed with the Chiefs early Sunday morning. The contract is for one year and $1.5 million, according to NFL Network.

Scandrick, who fills the roster opening created by safety Robert Golden’s departure, was released by Washington earlier this week after signing a two-year, $10 million max deal with the organization in March. Scandrick, 31, earned a $1 million signing bonus before his release.

Prior to his short stint with Washington, Scandrick spent nine seasons in Dallas, but he hasn’t played in a full 16-game season since 2013 because of injury. Scandrick started 11 games for the Cowboys last year before a back injury cut his season short.

With the offseason departure of Marcus Peters, the Chiefs have been on the market for a veteran cornerback throughout the summer. During training camp, the organization hosted free-agent corner Bashaud Breeland.

With corner David Amerson’s struggles and Steven Nelson’s concussion, Scandrick’s addition to the secondary gives the group much-needed depth from a veteran player.

The 31-year-old was reported to be drawing significant interest on the open market. He will add much-needed experience to an overhauled Chiefs secondary that lost Marcus Peters, Terrance Mitchell, Phillip Gaines, Darrelle Revis and Ron Parker in an offseason purge.

Scandrick (5-10, 196) brings a veteran presence to a Chiefs cornerback group that has some youth and inexperience behind their top three of Kendall Fuller, Steven Nelson, and David Amerson. Right behind those three and in excellent position to win a spot is rookie and sixth-round pick Tremon Smith out of Central Arkansas, who is currently running with the second team at cornerback and has emerged as one of Kansas City’s primary return specialists. Among those competing for the remaining spots at cornerback in Kansas City are veteran Keith Reaser, who has been sidelined recently due to a quad injury; undrafted rookie Arrion Springs, who is also getting some looks at safety; undrafted rookie D’Montre Wade, who has drawn some positive reviews during training camp; and reserve/future signings Will Redmond and Makinton Dorleant.