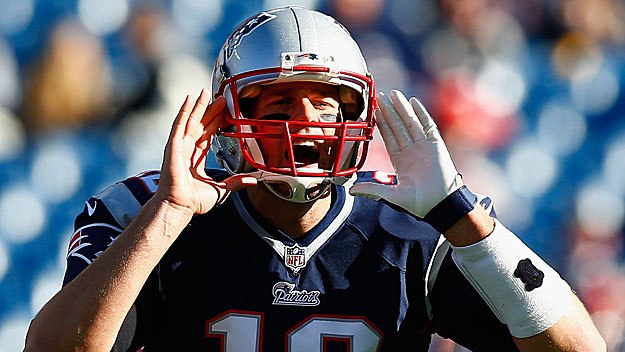 The Patriots (9-3) can clinch the AFC East for the 10th consecutive season with a win over the Dolphins on Sunday, extending the longest streak of division titles in NFL history.

New England holds the tiebreaker over Houston (9-3), which has won nine straight games, and Kansas City (10-2) thanks to wins in Weeks 1 and 6, respectively.

New England would have to fall two games back over the final four weeks to lose a first-round bye.

Still, despite New England’s overwhelming dominance over the AFC East for the past decade, the road to the titles has been a bit bumpy when the Patriots take their talents to South Florida. Miami (6-6) has won four of the past five at home in the series.

“I think the climate plays some role and they always seem to play well when they play us down there,” said Brady. “We are not going to get beat by the weather, we’re going to get beat by the Dolphins. That is what we realize. We’re going up against a good opponent that plays us very well at home. We play them very well at home. It is just one of those series where it is kind of like that.”

The Patriots have struggled away from home, splitting six road games and suffering double-digit defeats at Jacksonville, Detroit and Tennessee. Conversely, Miami is 5-1 at home this season and is among four teams sitting one game behind Baltimore for the final playoff spot in the AFC.

Rookie running back Sony Michel could see a heavy workload against a Miami run defense that ranks 30th in the league with an average of 144.7 yards allowed per game. He had his first 100-yard game in the NFL in Week 4 against the Dolphins, rushing for 112 yards on a season-high 25 carries.