Patriots Isaiah Wynn with torn achilles, out for season 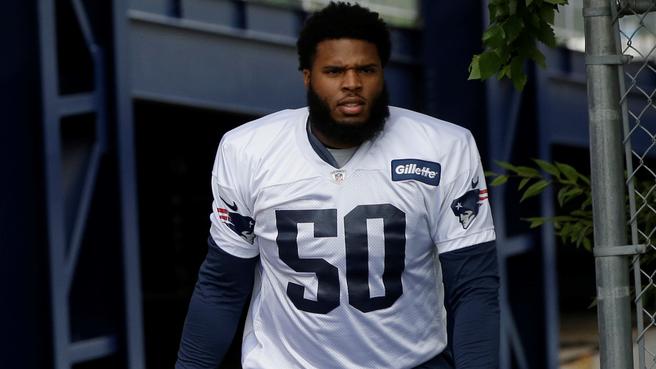 Wynn was taken out of Georgia with the 23rd overall pick in April’s draft.

The 6’2″, 310-pound lineman had to be carted off Gillette Stadium during the first quarter and was initially being evaluated for an ankle injury. Further evaluation showed the full extent of the injury.

It’s a tough blow for a new-look Patriots offensive line, one that lost tackles Nate Solder and Cameron Fleming in free agency. Trent Brown is atop the team’s depth chart at left tackle, and Marcus Cannon is the starter on the right side. However, Wynn, who is listed as a backup at left tackle, saw action at right tackle on Thursday before getting hurt.

Wynn was not expected to start in Week 1, but he was viewed as a top backup option who had the chance to work his way into the starting lineup.

New England has had tough luck with its first-round picks this year. Running back Sony Michel, the 31st overall pick, underwent a minor procedure earlier this month to drain his knee.

Wynn was playing at right tackle when the injury happened in the first quarter of Thursday’s game. Eagles defensive lineman Michael Bennett pushed Wynn back into Tom Brady, which resulted Wynn limping off the field and going to the medical tent. He was then carted off the field.

As things stand right now, the Patriots fortunately have depth along the o-line with Trent Brown solidified as the starting left tackle, Marcus Cannon starting on the right side along with LaAdrian Waddle, Matt Tobin and Cole Croston making up the rest of the tackles on the 90-man roster.