Mike Pettine did not have far to go to find his next job. The Chicago Bears hired the former Green Bay Packers defensive coordinator as a senior defensive assistant Wednesday.

Pettine spent the past three years running the Packers’ defense but was not kept after he let his contract expire following the 2020 season.

The Packers ranked ninth in total defense last season under Pettine, but a defensive breakdown at the end of the first half in the NFC Championship Game on what coach Matt LaFleur called “a flat-out miscommunication” between him and Pettine on what the call should have been on Tom Brady’s 39-yard touchdown pass with one second left in the second quarter ultimately led to LaFleur’s decision to move on from Pettine.

Pettine, 54, never signed a contract extension that was offered to him after last season, meaning he was in the final year of his deal, a source told ESPN after the season, making it a cleaner split.

Most coordinators and position coaches always have two years on their deals with the Packers, but Pettine preferred to go into the last year of his contract and see how things played out.

The Chicago Tribune reported last week that Bears coach Matt Nagy was leaning toward hiring a senior defensive assistant to aid new coordinator Sean Desai. In Pettine, the Bears not only will have an experienced defensive coordinator but also a former head coach (Pettine coached the Browns in 2014-15).

The Bears promoted Desai, who had been their safeties coach, to replace Chuck Pagano, who retired after the season.

Frazier was hired as the Bills’ defensive coordinator in 2017 and quickly turned around a unit that was ranked 26th in the NFL in yards allowed to top-2 and top-3 finishes, respectively, in the last two seasons.

“Upon taking the job in Buffalo, it was important to me to add a coach with previous head coaching experience like Leslie,” Bills coach Sean McDermott said.

“His fingerprints are all over our operation and I’m extremely grateful for all the years we have worked together. Leslie’s impact on our team is felt every day through his guidance, wisdom, and his genuine care for people. He is a great example to everyone within our organization.”

Frazier, 60, will be an assistant head coach for the third time in his NFL career. He also served in that role with the Indianapolis Colts in 2006 and Minnesota Vikings in 2008.

Frazier, who was also the head coach of the Vikings from 2010-13, was thrilled with the promotion.

“I’m definitely pleased and honored that Sean along with Kim and Terry (Pegula) would feel moved to place that title alongside my name,” Frazier said. “I don’t know how much it changes my role. I feel like Sean and I communicate on so many things regarding our team. I just appreciate that our ownership along with our head coach felt the desire to put that title next to my name. Just very appreciative.”

Frazier started his NFL coaching career with the Philadelphia Eagles from 1999 until 2002, where he worked with McDermott on Jim Johnson’s defensive staff. He coached with the Cincinnati Bengals and Colts before joining the Vikings.

Frazier’s prior experience — both as a head coach and with McDermott — made him a priority hire for McDermott when he was named a first-time head coach with Buffalo in 2017. 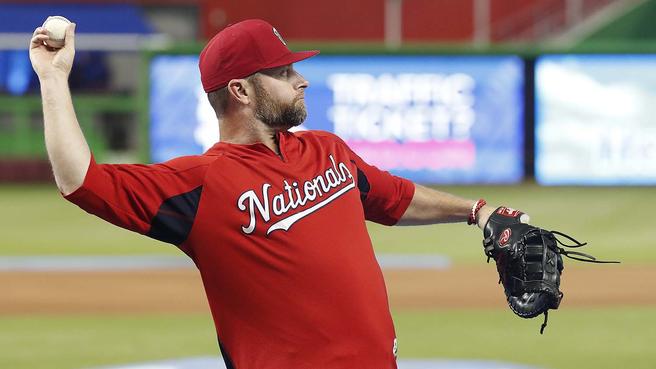 Dillon began his coaching career with the Nationals in 2014 as hitting coach for Triple-A Syracuse for two seasons.

Dillon played parts of four seasons in the majors with the Florida Marlins, Milwaukee Brewers and Tampa Bay Rays from 2005-09. He combined to slash .263/.344/.378 over 137 games in his major league career.

He has gained recognition around the game for marrying new-age science with old-school principles in coaching hitters. Long, in fact, has called Dillon “the best assistant hitting coach in the baseball.”

Dillon succeeds Charlie Manuel, who assumed the hitting coach position on a temporary basis when the Phillies released John Mallee in August.

The former Nationals assistant hitting coach has earned recognition as an ascending coach and his resume was only bolstered by Washington’s championship season.

For two seasons in Washington, Dillon was the assistant to hitting coach Kevin Long, who spent seven seasons as Girardi’s hitting coach with the Yankees.  The relationship between Dillon and Long dates back to Dillon’s playing days when Long was one of his hitting coaches.

The two worked together during offseasons, and Long later brought him aboard when he got the Nationals hitting coach job in 2018.