The LA Clippers are extending Paul George’s period of rest for the torn ulnar collateral ligament in his right elbow a few more weeks to see how it responds, sources told ESPN’s Adrian Wojnarowski.

George has not played since scoring 17 points in a victory at the Sacramento Kings on Dec. 22.

He initially suffered a sprained elbow versus the Portland Trail Blazers on Dec. 6, and rested and rehabbed for two weeks, missing five matches.

He felt better and returned to play in two games, but after feeling pain in the elbow, he underwent an MRI and the Clippers revealed on Dec. 25 that he had a torn UCL in his shooting elbow.

The initial timetable George would need to see how the elbow healed was three to four weeks before being reevaluated.

The Clippers were 17-15 when George last played. Without their star guard, the Clippers have gone 5-8 since.

Coach Ty Lue’s team has been hit hard by injuries and COVID-19. It entered the season without Kawhi Leonard, who is rehabbing a torn ACL suffered in Game 4 of the Clippers’ second-round series against the Utah Jazz on June 14.

They also have had to play stretches without starters such as Reggie Jackson, Marcus Morris Sr. and Ivica Zubac at times this season.

The Clips enter a difficult stretch in which they play their next eight games on the road.

Pep Guardiola stated he won’t sleep ahead of Manchester City’s Champions League semifinal with Paris Saint-Germain if he thinks too much about the threat posed by Neymar and Kylian Mbappe.

City will come up versus PSG’s formidable forwards in the first leg in Paris on Wednesday and Guardiola said the pair are so good, they can give opposing managers restless nights.

“Always I believe the quality of these players, they have too much,” Guardiola told a news conference on Tuesday. “I tried to sleep well last night and that was when I was not thinking of them. Incredible top players, their quality. We are ready to try to stop them, defend as a team, play good football and try to score goals.”

Guardiola first faced Neymar when the Brazil forward was playing for Santos versus Barcelona in the Club World Cup in 2011.

After joining Barcelona in 2013, Neymar moved on to PSG in 2017 but Guardiola said there would be more Champions League trophies in the Camp Nou trophy cabinet had he stayed.

“I remember against Santos, I said this was the king of Santos and all the players were open mouthed: ‘Oh my god, what a player,'” Guardiola added.

“A joy to watch as a spectator, he has Brazil on his shoulders, the No. 10, it’s not easy to wear.

While the tie is only City’s second Champions League semifinal, PSG are trying to reach for the final for the second year in a row after narrowly losing out to Bayern Munich last campaign.

Since then, Thomas Tuchel has been replaced as manager with Mauricio Pochettino.

The former Tottenham boss has been able to get the best out of Neymar since he arrived in January, leading to speculation the 29-year-old is a candidate for the Ballon d’Or and is set to extend his contract.

“I have already talked about it [his contract],” Neymar told a news conference on Tuesday.

Colin Poche will miss the season with torn UCL

Rays lefty Colin Poche has been diagnosed with a torn ulnar collateral ligament in his left elbow and will miss the 2020 campaign, the team announced.

Tommy John surgery has been suggested for the 26-year-old Poche, who has been placed on the 45-day injured list. Tampa Bay selected veteran catcher Kevan Smith to the big league roster in a corresponding move.

The loss of Poche is a tough blow for the Tampa Bay bullpen. While last season’s 4.70 ERA doesn’t exactly stand out as an impressive mark. Poche’s secondary numbers were all considerably better.

A 67.6 percent strand rate that was massively worse than his career mark in the minors, and Statcast pegged Poche in the 91st percentile or better in terms of swinging-strike rate and his opponents’ expected batting average, slugging percentage and weight on-base average.

A breakout season for the talented lefty seemed eminently possible, but he could now be sidelined into late 2021 — if not all the way into the 2022 campaign.

Poche will get a year of service time in 2020 as he rehabs on the 45-day IL, and he’ll need to be placed on the 60-day IL to open the 2021 season as well. If he is indeed out until 2022, he may be arbitration-eligible as a Super Two player by the time he’s able to return to the mound, although with 114 days under his belt at the moment, he’d be a very borderline case for Super Two status.

That’s pretty solid production from behind the plate, but Smith also owns a woeful 14 percent caught stealing rate and has posted sub-par framing numbers as well. 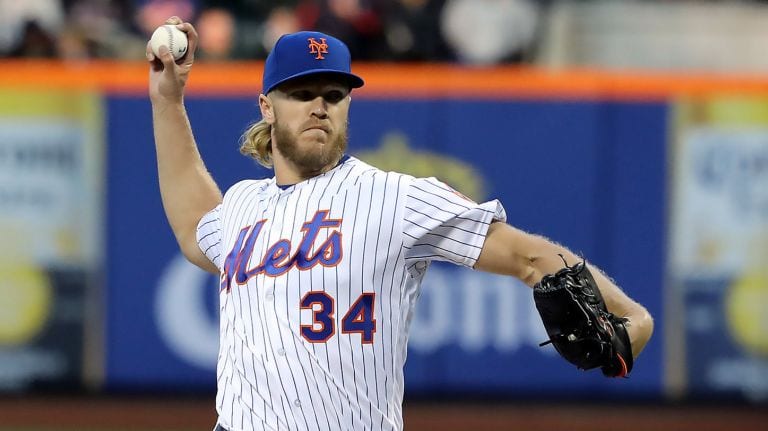 Kevin De Bruyne has admitted Manchester City players were ‘surprised’ when they learnt the line-up before the Real Madrid match on Wednesday night.

De Bruyne said: ‘I think, the four years we’re here with Pep, there are some surprises [within the squad], and even the players, they don’t know before the game starts what they need to do.

‘Some [changes] were good. I think we had some lesser moments. In a quality game like this, you’re going to struggle sometimes, but I thought we really fought really well together.’

His remarks were echoed by former England goalkeeper Joe Hart, who said in the studio a conventional City line up would have beaten Madrid by more.

De Bruyne went on to hail his side’s character after they fought back from a goal down to defeat Real Madrid 2-1 at the Bernabeu, putting them in pole position to claim a quarter-final spot.

City were dealt an early blow when they lost Aymeric Laporte and were forced to draft in Fernandinho at the back again.And a defensive error saw Isco pounce and put the hosts ahead on the 60-minute mark.

Yet Jesus equalled things up when he latched on the end of a De Bruyne cross and headed the ball past Thibaut Courtois, who many may feel should have done more.

Sterling, who came on as a substitute in the 73rd minute, made a darting run at the Madrid defence and was hacked down in the box by full back Dani Carvajal.

After City have failed to convert from the spot countless times this campaign, De Bruyne stepped up to quell fears and roll it past Courtois.

The Belgian’s spot kick made City the first English side to win in the Bernabeu for 11 years.

De Bruyne told BT Sport: ‘It’s a very good start for the first game. The first 15 minutes we struggled for a bit but you have to go through the storm.

‘It was a pretty even first half and we started the second half pretty well. The (Real) goal came at a bit of a bad moment for us because I think we were dominating at the time.

‘I thought our response was brilliant. It was a beautiful goal from Gabi and the second goal, the penalty was very important for us.