The positions opened Monday when the Bears fired former coach Matt Nagy and general manager Ryan Pace on the heels of a 6-11 season. Pederson led Philadelphia to the franchise’s lone Super Bowl championship following the 2017 season. He was 42-37-1 with two division championships and three playoff appearances before going 4-11-1 in 2020 and getting fired.

Pederson and Nagy are friends from their time working under Andy Reid in Philadelphia and Kansas City.

Cook has spent six years in Cleveland’s front office. He was the Browns’ assistant director of pro scouting from 2016 to 2019 and their vice president of player personnel the past two seasons, working with executive vice president of football operations and general manager Andrew Berry.

He was a linebacker at the University of Miami from 2004 to 2008. He also was drafted by baseball’s Chicago Cubs in the 46th round in 2009 and played 34 matches for their rookie league team that year.

The Bears landed at the No. 7 spot in the NFL draft after their season, but that pick belongs to the New York Giants from a trade. 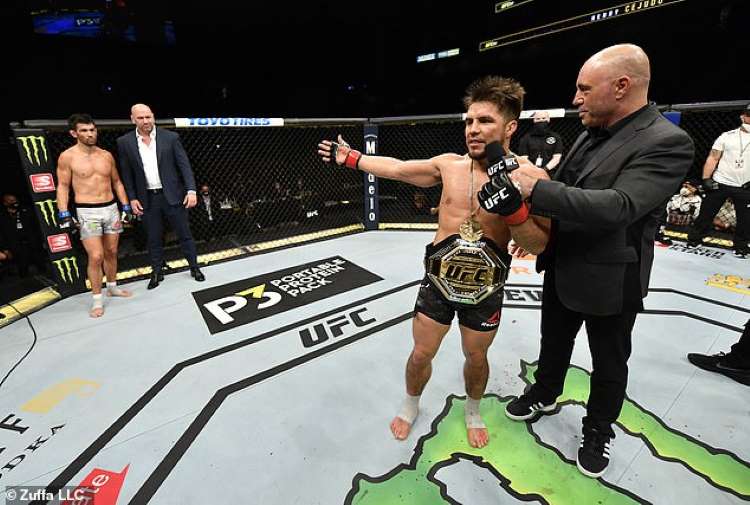 Earlier this month at UFC 249, Henry Cejudo shocked the world when he retired at the age of 33. The news came right after he made his first bantamweight title defense by earning a TKO victory over former longtime champ Dominick Cruz.

After the stunning news, many people doubted his retirement, but now his retirement seems to be the real thing as the UFC removed Cejudo’s name from the title page and the official rankings on the UFC website.

Once the world noticed the removal of Cejudo’s name, ESPN confirmed that Cejudo is now considered retired by promotion officials and therefore, the UFC bantamweight title is now vacant.

While the UFC views Cejudo as retired, there is now word at this time as to whether or not Cejudo has removed himself from the USADS drug-testing pool.

Cejudo is one of the most successful combat athletes of all time.

In 2008, he won an Olympic gold medal in wrestling and following his wrestling career, he started competing in mixed martial arts, where he went on to conquer the UFC’s flyweight and bantamweight championships. He also is one of four people in UFC history to hold two titles in two different weight classes at the same time.

At the time of his retirement announcement, Cejudo was considered to be in the prime of his career. He was on a six fight undefeated streak and his last loss came in 2016. He also ended Demetrious Johnson’s reign as flyweight champion, which snapped Johnson’s UFC record of 11 title defenses.

The UFC has not officially announced any further plans regarding the vacant bantamweight title. UFC president Dana White said after UFC 249 that Petr Yan would be one of the two men that will compete for the belt at 135-pounds. Yan was planned to fight Marlon Moraes in June, but the travel ban from the global coronavirus pandemic as affected that fight.