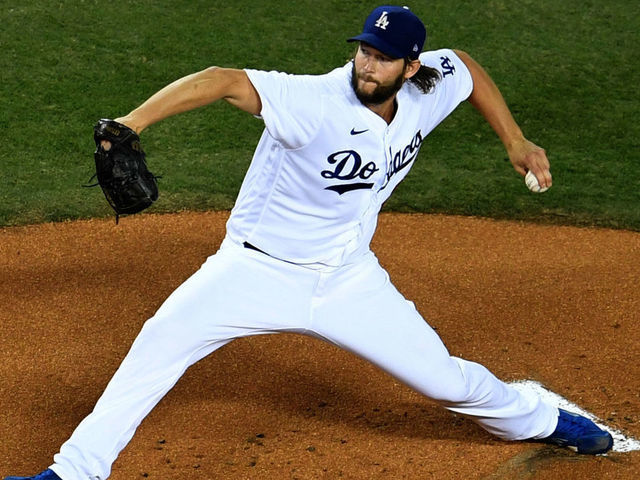 Clayton Kershaw, who avoided an emergency relief appearance over the last two matches of the just-completed National League Championship Series, will start Game 1 of the World Series, the Los Angeles Dodgers announced on Monday.

Walker Buehler, who pitched on Saturday, will be pushed back to Game 3 for the Dodgers, giving him five days of rest and still lining him up to start a potential Game 7.

The Rays have tabbed left-hander Blake Snell as their Game 2 starter, but the Dodgers are still unclear, manager Dave Roberts said. His other three starters — Dustin May, Tony Gonsolin and Julio Urias — all pitched in Sunday’s Game 7, and some might be counted on out of the bullpen in the World Series opener.

Kershaw was initially scratched from Game 2 of the NLCS

Due to back spasms Kershaw was initially scratch but was able to recovered in time to start Thursday’s Game 4, permitting one run through the first five innings before running into trouble in the sixth.

The 32-year-old left-hander made himself available out of the bullpen for Games 6 and 7, but Roberts wanted to avoid using Kershaw in hopes of saving him for a potential World Series opener.

Cody Bellinger is expecting to play behind Kershaw even though his right shoulder popped out of its socket during an emphatic celebration with Enrique Hernandez after his game-winning home run in Sunday’s seventh inning.

The Dodgers’ center fielder said he feels “pretty good” and expects to be ready by Game 1, but Roberts said Bellinger’s shoulder was “still a little bit sore” during Monday’s optional workout.

Bellinger has experienced something similar at least three other times, he said, and Roberts said it’s more of a concern hitting than it is playing defense.

“It was an exciting time, it was pure adrenaline — a thing where you just black out,” Bellinger said of his celebration. “Obviously I wish I didn’t do it, but it was such a cool moment for me. It was just pure excitement.”

Walker Buehler is looking at the bright side of his spring training status.

”As opposed to other years at least I have one,” the Los Angeles Dodgers right-hander stated after pitching four innings versus the Milwaukee Brewers on a rainy Wednesday night at Camelback Ranch.

Buehler, who was brought along slowly last year in the Cactus League, made his third start and threw 62 pitches in four innings. He gave up three hits and one run, walked three and struck out four.

Manager Dave Roberts said before the match that he hasn’t been as sharp as usual and after he came out, Buehler agreed.

”I’m not as sharp as I want to be,” Buehler stated. ”It’s a step forward. Still trying to figure some stuff out. Getting closer to that.

”I was a little sporadic today. But I’m pleased I did get some punchouts.”

Buehler will line up as the Dodgers’ No. 2 starter, following longtime ace Clayton Kershaw to the mound when the regular season starts in two weeks.

Dodgers third baseman Justin Turner, the team’s player representative, said he didn’t have any new information about any major-league baseball plans regarding the coronavirus pandemic.

The NBA suspended its season earlier Wednesday night after a positive test for the virus.

”I think everyone was a little shocked today to hear about the NBA, and when something like that happens, it could affect the other leagues and their decisions,” Turner said.

Mookie Betts was back in the Dodger lineup, leading off and playing right field. He missed a few days because of a stomach virus. ”It seems like this happens once a year,” said Betts, who said for that reason that he was not concerned about his illness being more serious.